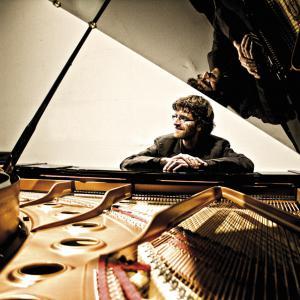 Already at a young age music was very attractive to Jan Willem. And it was mutual...
His parents encouraged him to play the piano and he continued his  musiclessons at the Highschool for Music and Dance in Rotterdam, where he graduated in 1996. At the Royal Conservatorium in The Hague he studied jazz-piano with Rob van Bavel and Frans Elsen, where he graduated in 2002.
As a player, producer, arranger, composer, teacher and inspirator Jan Willem is busy in several musical areas.
Together with Jeroen Vrolijk (drums) & Mark Dekkers (bass) he forms the Jan Willem van Delft Trio. Their first record ‘All that Hymns’, was released in 2009.
In 2011 he recorded his second album 'In Zijn aanwezigheid' (In His prescense), a piano solo album.
Beside his solo projects Jan Willem is working with great pleasure and passion with singer Sharon Kips, Janine, bigband The Convocation, blackgospelchoir Gospel Boulevard and 'de Oden van Salomo'.
Jan Willem also works a lot in the studio. For different artists and bands he played, composed and arranged on more than 50 records.
The importance of passing on music to new generations is highly valued by Jan Willem. As an inspirator he is personal piano coach in his studio, gives bandcoaching, and shares his personal experiences in life and music at meetings, schools, churches.